Jason Au lives above a Loblaws grocery store in midtown Toronto — but that’s not where he feels comfortable shopping.

“I’d rather drive up north or drive somewhere where there’s more people who ‘look like me’,”  said Yu, 39.

“So I don’t stick out I don’t have to worry about offending people by wearing a mask. I just feel safety in numbers.”

READ MORE:
‘A lot of fear’: Asian community a target of racism amid coronavirus threat

Au made this decision to avoid his neighbourhood grocery store after he says an older white woman made a loud spitting sound while standing next to him on an escalator.

“There have always been people who’ve behaved in racist ways and I’ve experienced these things pretty much my entire life … but I think the fear that COVID-19 has created, it has put these behaviours in the spotlight and increased their incidents because people feel enabled or justified,” he said.

Au says he and others he knows who identify as East Asian have noticed others acting strangely towards them when they are out. It’s a reminder of the SARS outbreak in 2003, where as a young man, Au says he remembers people avoiding him on the subway. One man made a commotion at a grocery store when he stood next to him at the time, he explained. 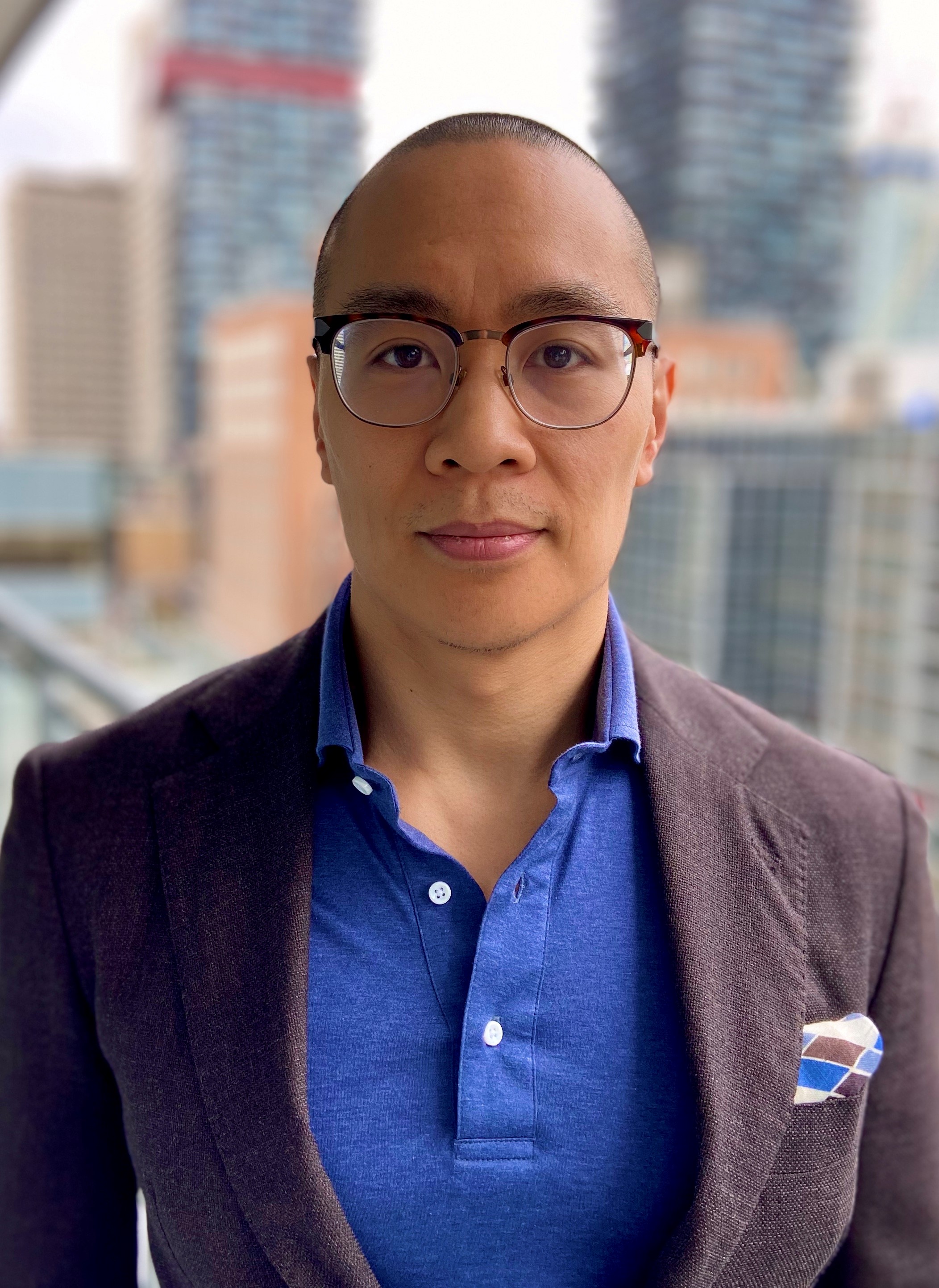 “Just walking around with a mask … I felt the indirect gaze of people’s eyes. Or people just looking at me strangely or avoiding me with apprehension,” said Au, who works as a consultant in the banking industry.

The novel coronavirus pandemic has fuelled racism, including violent attacks against East Asians in Canada, said Amy Go, the president of the Chinese National Council for Social Justice (CNCSJ), an organization that advocates for Chinese Canadians.

Her organization along with other cultural advocacy groups across the country are collaborating on data as they’ve all experienced a stark increase in calls and reports about racism directed towards anyone who “appears” Chinese, said Go.

“As soon as we heard this was happening in China, we know this disease knows no bounds. It’s eventually going to hit us, and we’re going to live through SARS time again,” she said, referring to the racism East Asian Canadians experienced during the SARS outbreak in 2003.

“We have not learned from that time, and in some ways, it’s become worse because the impact is so much more severe. Even going into lockdown you see all these incidents, and the physical assaults,” she said.

Over the last few weeks, news of violent attacks towards East Asian Canadians has made headlines.

This week, Vancouver Police announced they were investigating an attack as a hate crime against a 92-year old Asian man with dementia. A suspect yelled racist remarks against the man inside a convenience store and then allegedly pushed him out of the store, causing him to fall and hit his head.

While hate crimes often go unreported to police, Vancouver Police say they’ve received reports of 11 hate crimes in March and 45 per cent of them had an anti-Asian element, they noted in a press release. In all of 2019, there were only 12 reported incidents in total.

“We believe the increase in March is indicative of a larger issue,” they said.

Global News contacted several major police departments across the country about hate crimes. While they didn’t see a substantive increase, it’s important to understand that many people choose not to report incidents, said Toronto police.

York Regional Police, whose jurisdiction is cities just north of Toronto, say they’ve received few reports of incidents towards Asian Canadians. But they are aware more might be out there, and they ask residents to come forward — even if an incident seems small, said media spokesperson Sgt. Andy Pattenden.

In the U.S., there are reports of increased attacks against Asian Americans including violent assaults. These incidents comes as U.S. President Donald Trump labeled coronavirus the “Chinese virus”, even as scientists emphasize that COVID-19 is not caused by ethnicity and isn’t confined to a border.

In January, the CNCSJ was already working on advocacy after a group of parents in the Toronto-area were calling for all students coming back from China to be barred from attending school, even though that was not public health advice at the time, said Go.

On social media, those same parents were leaving comments about Chinese people having “all these diseases” because they “eat everything,” said Go. The comments also called for stopping all immigration from China, she added.

There is a long history of Chinese people being discriminated against for these reasons historically, even though there is no scientific evidence to back any of these claims and they have been used simply to marginalize East Asian people, experts told Global News in a previous report.

“We were already hearing, and learning from friends saying that if they hop on the subway, people are already walking away. Or that Chinese Canadians are being targeted,” Go said.

And while other countries have had equally widespread, if not worse outbreaks — like Italy and the United States — it’s Chinatowns that have seen an impact on their businesses before any lockdown was imposed, said Go.

All kinds of incidents are emerging, from being taunted while taking public transit or screamed at in a grocery store, are just some of the situations Go has been told.

“Racism has always been there. This is not new, but people now they have fear. It’s like they have the ‘licence’ now,” she said, adding that some use public health orders to isolate from others as reasoning to behave poorly to Chinese people.

The CNCSJ also recently received funding from the federal government to further their work against racism, she said. They’ve created a form on their site so members of the community can report incidents if they don’t feel comfortable going to the police.

For Go, she says she only goes grocery shopping once a week not because of fear of COVID-19, but due to concerns she may be the target of racism.

“I do make a conscious decision to stay away from certain places,” said Go. “I actually have been shopping more where Chinese tend to go, because I would feel safer in those environments.”

Even before the lockdown in early March, Go said she had an experience on the subway where she sat down next to a man who immediately bolted up and sat somewhere else.

She has heard similar incidents from Chinese people who have been in Canada for multiple generations.

“This is the sentiment … about Chinese people being ‘diseased’,” she said.

To combat these issues, Go says all Canadians need to talk about racism frankly and not fall back on romanticized notions of a multicultural society that could silence important discussions on what’s happening in our communities.

Race-based data on not only how the novel coronavirus disproportionately impacts people of colour, but on increased hate crimes, needs to be collected and prioritized by governments as well, said Go.

“We should confront this … have we really truly been supportive of each other? Because ultimately, we are in this together. Each one of us has the responsibility to speak up,” she said.

‘Challenge and speak out in those moments’

Anti-Asian sentiment has also grown online in Canada, fueled by right-wing extremists who are using the COVID-19 crisis as an opportunity to stir up racist ideologies overall, said Barbara Perry, the director at the Centre on Hate, Bias, and Extremism at Ontario Tech University in Oshawa, Ont.

Canada lacks independent bodies that record hate crimes, and third party organizations that live within specific communities have had to take on that task, Perry said.

Kennes Lin, co-chair of the Chinese Canadian National Council Toronto chapter, says they are looking to improve the form on their site and promote it so they can hear from community members about any racist incidents that have happened to them.

They have been receiving a number of calls from members of the community about anti-Asian racism since January, she said. Hateful voicemails and emails have also been sent to the organization.

“When I hear these things, it’s isolating but it’s also exhausting,” said Lin.

She worries that when she wears a mask outside in public, that others assume she has the novel coronavirus because she is East Asian.

Canadians who aren’t in these communities need to stand up for those who are being targeted —  like the 92-year-old man who was pushed, she said. Bystanders simply walked past him on the ground, she added.

“It can be the verbal assaults at the supermarket or online. Really challenge and speak out in those moments to call out what is not right. And in this example, the people who walked through should have done something,” she said. “It’s on the spot moments calling incidents out.”

Questions about COVID-19? Here are some things you need to know:

Symptoms can include fever, cough and difficulty breathing — very similar to a cold or flu. Some people can develop a more severe illness. People most at risk of this include older adults and people with severe chronic medical conditions like heart, lung or kidney disease. If you develop symptoms, contact public health authorities.

To prevent the virus from spreading, experts recommend frequent handwashing and coughing into your sleeve. And if you get sick, stay at home.