This year, London Santa Claus Parade will be held

at the London International Airport!

Londoners will be getting a Santa Claus parade this year, but organizers say it will be a lot different from past years.

This year’s London Santa Claus parade will be a drive-thru parade where people get the opportunity to drive by all of the floats that are not moving, allowing everyone to stay physically distanced.

The parade theme is “Christmas in the City” will run from 2 p.m. to 4:30 p.m. on a first-come first-served basis, so come early if possible! Those who attend are encouraged to bring donations to the food bank. Drivers will be able to hand the donation through their vehicle window to food bank collectors. This year, there will be no teddy bear or toy collection.

There will still be a toonie toss, and officials will also accept donations through a cheque made out to the London Santa Claus Parade. The map below shows the proper entry point to the parade! 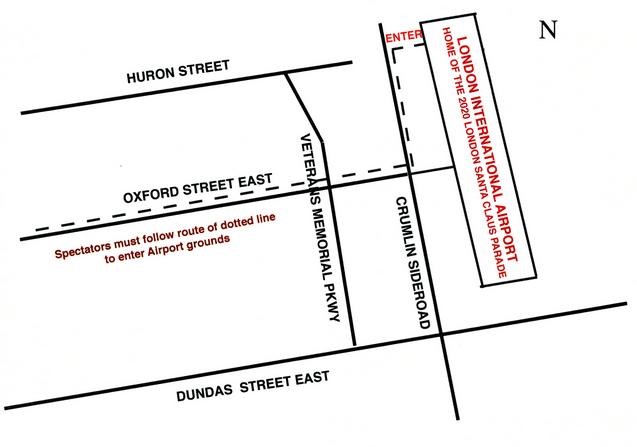